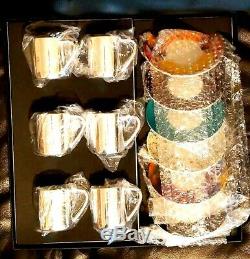 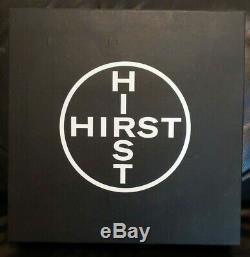 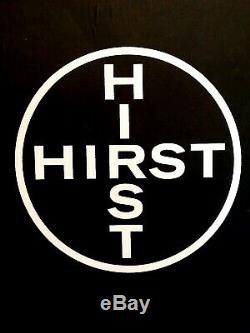 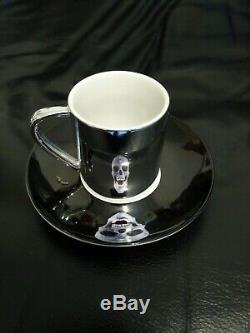 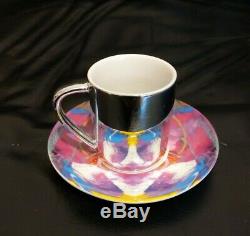 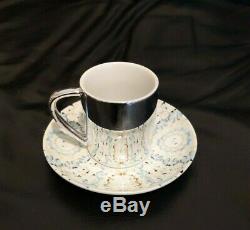 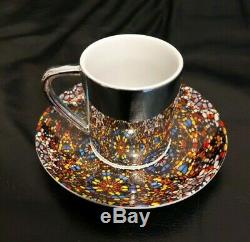 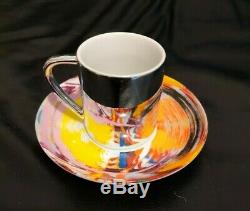 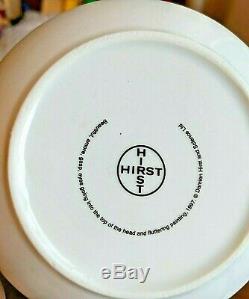 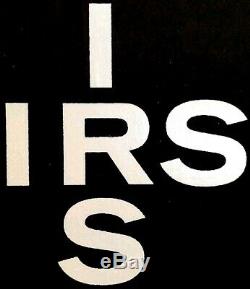 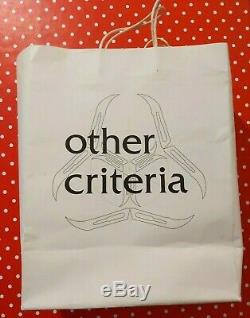 These were bought from Hirst's Other Criteria shop in Ilfracombe (now closed). Includes original fitted box and bag. Damien Hirst was born in 1965 in Bristol and grew up in Leeds. In 1984 he moved to London, where he worked in construction before studying for a BA in Fine Art at Goldsmiths college from 1986 to 1989.

He was awarded the Turner Prize in 1995. Since the late 1980s, Hirst has used a varied practise of installation, sculpture, painting and drawing to explore the complex relationship between art, life and death. Explaining: Arts about life and it cant really be about anything else there isnt anything else, Hirsts work investigates and challenges contemporary belief systems, and dissects the tensions and uncertainties at the heart of human experience. Hirst developed his interest in exploring the unacceptable idea of death as a teenager in Leeds. From the age of sixteen, he made regular visits to the anatomy department of Leeds Medical School in order to make life drawings With Dead Head (1991). The experiences served to establish the difficulties he perceived in reconciling the idea of death in life. Of the prominence of death in his work A Thousand Years (1990) he has explained: You can frighten people with death or an idea of their own mortality, or it can actually give them vigour. At Goldsmiths, Hirsts understanding of the distinction between painting and sculpture changed significantly, and he began work on some of his most important series.

The Medicine Cabinets created in his second year combined the aesthetics of minimalism with Hirsts observation that, science is the new religion for many people. Its as simple and as complicated as that really.

[3] This is one of his most enduring themes, and was most powerfully manifested in the installation work, Pharmacy (1992). Whilst in his second year, Hirst conceived and curated Freeze a group exhibition in three phases.

The exhibition of Goldsmiths students is commonly acknowledged to have been the launching point not only for Hirst, but for a generation of British artists. For its final phase he painted two series of coloured spots on to the warehouse walls. Hirst describes the spot paintings as a means of pinning down the joy of colour, and explains they provided a solution to all problems hed previously had with colour. It has become one of the artists most prolific and recognisable series, and in January 2012 the works were exhibited in a show of unprecedented scale across eleven Gagosian Gallery locations worldwide. In 1991 Hirst began work on Natural History, arguably his most famous series.

Through preserving creatures in minimalist steel and glass tanks filled with formaldehyde solution, he intended to create a zoo of dead animals. [5] In 1992, the shark piece, The Physical Impossibility of Death in the Mind of Someone Living (1991) was unveiled at the Saatchi Gallerys Young British Artists I exhibition. The shark, described by the artist as a thing to describe a feeling, remains one of the most iconic symbols of modern British art and popular culture in the 90s. The series typifies Hirsts interest in display mechanisms. The glass boxes he employs both in Natural History works and in vitrines, such as The Acquired Inability to Escape (1991), act to define the artworks space, whilst simultaneously commenting on the fragility of existence.

Since his involvement in Freeze in 1988, curatorial projects have remained important to the artist. In 1994 he organised the international group exhibition Some Went Mad, Some Ran Away at the Serpentine Gallery. Over a decade later, and explaining that he considers collections to constitute a map of a mans life, he curated an award-winning exhibition of work from his Murderme collection: In the darkest hour there may be light (2006, Serpentine Gallery). [7] In 2007, he unveiled the spectacular, For the Love of God (2007): a platinum cast of a skull set with 8,601 flawless pavé-set diamonds, at the White Cube exhibition Beyond Belief. Since 1987, over 80 solo Damien Hirst exhibitions have taken place worldwide and his work has been included in over 260 group shows.

Hirsts first major retrospective The Agony and the Ecstasy was held in the Museo Archeologico Nazionale in Naples in 2004. His contribution to British art over the last two and a half decades was recognised in 2012 with a major retrospective of his work staged at Tate Modern. Hirst lives and works in London, Gloucestershire and Devon. [1] Damien Hirst cited in Damien Hirst, I Want to Spend the Rest of My Life Everywhere, with Everyone, One to One, Always, Forever, Now (Booth-Clibborn Editions; Reduced edition, 2005), 2021. [2] Damien Hirst, Were Here for a Good Time, not a Long Time, Interview with Alastair Sooke, The Telegraph, 2011.

[3] Damien Hirst cited in Interview, Sean OHagan, New Religion, (Other Criteria/Paul Stolper Gallery, 2006). [5] Damien Hirst cited in Like People, Like Flies: Damien Hirst Interviewed, Mirta DArgenzio, The Agony and the Ecstasy: Selected Works from 19892004 (Electa Napoli, 2004), 122. [6] Damien Hirst, I Want to Spend the Rest of My Life Everywhere, with Everyone, One to One, Always, Forever, Now (Booth-Clibborn Editions; Reduced edition, 2005), 33.