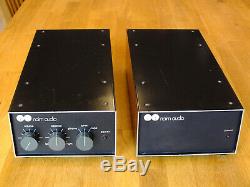 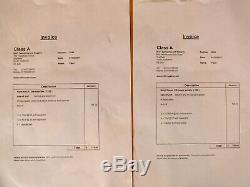 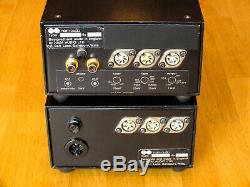 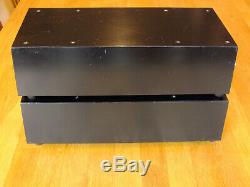 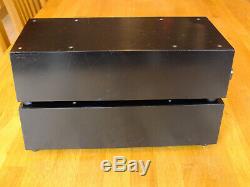 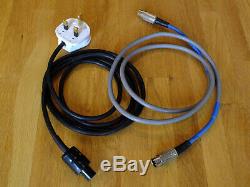 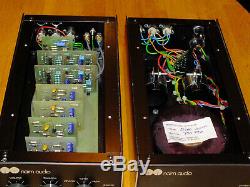 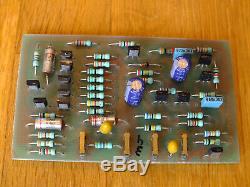 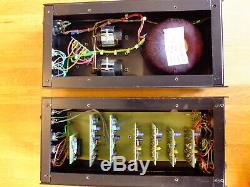 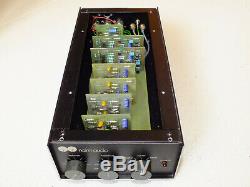 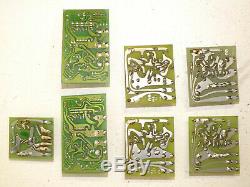 This is a very special and unique listing - but first, a general overview of the items for sale. This sale is for two separate Naim Audio units - a NAC12 preamp and a SNAPS PSU. These units were both given a full official Naim service by Class A of Sheffield (the UK Naim official service partner, as well as Naim HQ too of course) just over 18 months ago, and were both given a full check-up and a clean bill of health. The NAC12 preamp comes fitted with a pair of 323/5 MC phono boards as well, these are "K" type boards.

Note that these are the latest (version 5) and best type of Naim MC phono boards. All controls work smoothly, no crackles or drop-out on volume, balance or source select. Knobs are original ones, nice and clean with no marks or damage.

The SNAPS comes with the original 5 pin DIN-DIN cable, and a mains power cable as well (the SNAPS has an original Bulgin power socket, the power cable is a Naim original IEC cable with the Bulgin plug fitted, I think that this was done by Class A as the original mains cable must have been quite old by then and maybe not up to safety standards). No original packaging but they will be professionally packed for safe transit anywhere in the world. Cosmetically, the units are in pretty good condition overall.

The front fascias of the units are both nice and clean, as are rear panels. The top panels do have some marks on them - these are not particularly visible unless viewed directly, or with light on them at a certain angle.

The previous owner has covered the marks with black pen (and done quite a good job I think too actually). They would look great sat in a hifi rack as the fronts are very nice, but if you're an obsessive neat freak then you might not want them on a top shelf with the top panels on display. Although having said that, they would be very easy to remove and respray with the correct finish of black paint.

As with all my listings, the photos form part of the description, please examine them carefully. I try to show the units as best as I can, given lighting conditions and camera limitations. The serial numbers of these units is pretty low, making them early units when first built. At some point in the past, these were upgraded by Naim to make them into "dual rail" versions - this is a similar upgrade to when Naim would convert the 32 into a 32.5, or a 42 into a 42.5 etc. The 5 pin DIN sockets were fitted to each unit as part of the upgrade, and a 5 pin DIN cable was supplied by Naim for the new connection.

The upgrade means that you are effectively supplying the NAC12 with two separate PSU rails instead of the usual one, giving far better performance due to less PSU noise and less crosstalk between separate sections. There is more to the story too - as seen from the internal photos, the SNAPS is a true dual rail PSU with two separate PSU capacitors and a dual rail regulator board (not just one PSU cap with a dual regulator board, like some I have seen converted). The NAC12 seems to have a much later version of motherboard in it than its serial number suggests, it might have been done when upgraded to dual rail (that is my best guess anyway).

Here's more interesting stuff - the NAC12 actually has a full set of 3-series boards in it, these were from the 32.5 era and they are themselves a later version (with improvements) of the first 1-series NAC12 board design. I have demoed this NAC12 and SNAPS against a normal NAC12, and also a NAC72 with a Hicap, and this is actually the best-sounding out of all of them.

It combines the best bits of all the early Naim preamps, basically. I was told by the previous owner of these units that they have a special history - allegedly, they were OWNED BY JULIAN VEREKER HIMSELF! Having been told this, I think it makes sense as to its history now - I have never heard of a NAC12 with 3-series boards in it before (the 1-series boards had different pin spacings and so 3-series boards would not fit into a normal NAC12 anyway), neither have I seen a SNAPS upgraded in the same way before either.

The SNAPS is actually set up like a Hicap now, this was from a time before the Hicap was designed though... So maybe there is some truth in Julian owning it, maybe this was a kind of prototype for ideas he had for the 32.5 or the Hicap, or maybe the work was done after the 32.5 and Hicap came out and he got the staff at Naim to bring his own kit up to the new standard. Did Naim ever offer this kind of service to normal customers? I've never heard of that.

If anyone has any useful info then please do message me, it would be interesting to know. ONLY I CAN PROVIDE THIS KIND OF RANGE OF NAIM EQUIPMENT - NOBODY ELSE! 100% genuine Naim Audio equipment - no dodgy knock-offs here! Will only be sent by fully tracked and insured service. The item "Naim Audio NAC12 & SNAPS set OFFICIAL SERVICE 2017!

Very Rare DUAL RAIL versions" is in sale since Monday, November 25, 2019. This item is in the category "Sound & Vision\Home Audio & HiFi Separates\Amplifiers & Pre-Amps". The seller is "top_naim_trader" and is located in Leeds, West Yorkshire. This item can be shipped worldwide.